We've not been able to hold our usual station and Wells RNLI Guild events or meet the public at the lifeboat station this year because of the pandemic but both lifeboats and our crew have been kept busy, launching 36 times in 2020. If you'd like to support the station, please consider a donation to our RNLI Wells Lifesavers Fund.

Wells-next-the-Sea RNLI Lifeboat Station houses an all-weather lifeboat and an inshore lifeboat to save lives and assist with emergencies around Wells and off the North Norfolk coast. Manned by volunteer crews, the boats are ready to launch within minutes, 24 hours a day, every day of the year. This website will tell you more about the station and give you a taste of what we do and the traditions of the lifeboat service. 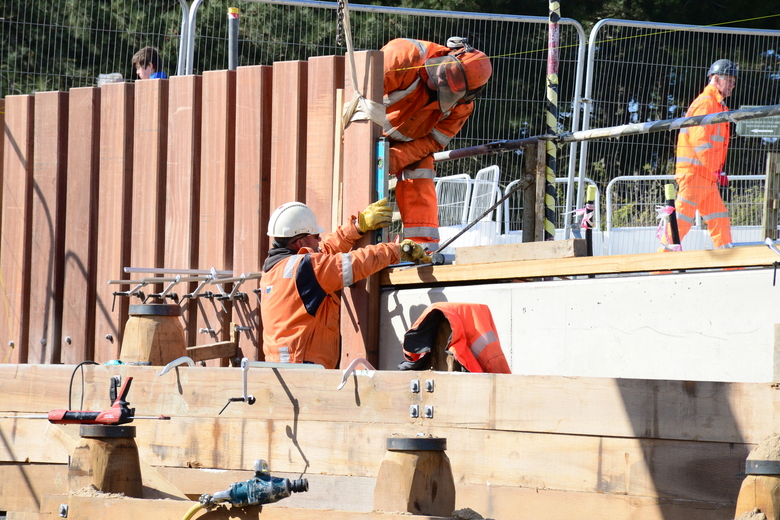 Wells Inshore lifeboat was launched to a mayday for a missing kayaker. Two adult brothers had been fishing on kayaks at the entrance to Blakeney harbour and one called the coastguard by VHF reporting they had become separated and he could not see the other. The ILB launched at 13:25, well into the ebb, and arrived on-scene at 13:44, quickly locating the first informant in Blakeney Pit at 13:50 and beginning a search. Local coastguards located the missing kayaker safe and well at 14:06, hauled out on sand in the approaches to Blakeney quay where he was waiting for his brother to catch up. The ILB was stood down and returned to Wells to be recovered in Holkham Bay as there was now insufficient water left to come back into the harbour. The boat was washed down, refuelled and rehoused by 15:35. 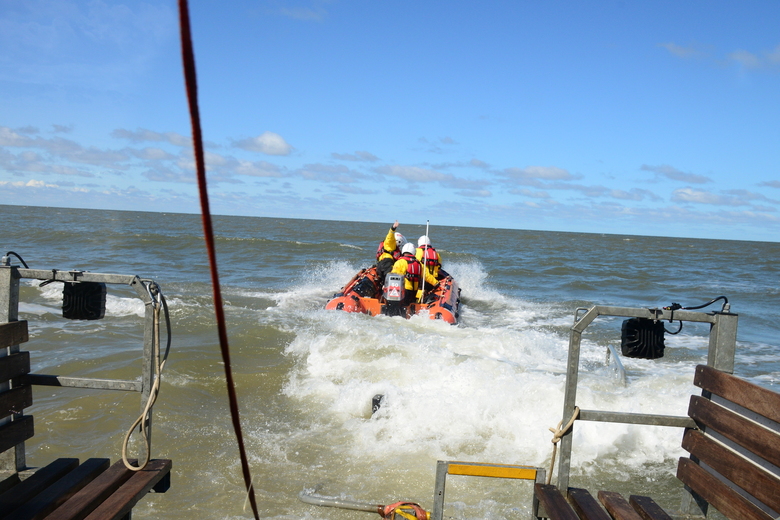 Wells Inshore lifeboat was paged at 13:08 by Humber Coastguard to go to the assistance of a person reported clinging to an orange-coloured buoy in Blakeney Harbour shouting for Help. The ILB left the boathouse at 13:19, launching from Holkham beach on the ebbing tide at 13:31, as there was insufficient water in the main harbour channel, and arriving off Blakeney at 13:54. In the interim, the local Coastguard team had arrived on scene but could not locate a person in the water but identified a Kayak floating in the creeks which they subsequently recovered. The search for the person then broadened, including checking out both Morston hard and Blakeney quay. At 14:15 the Coastguard ascertained the person had managed to get ashore and had made their own way home safely. The ILB was stood down at 14:16 and was recovered at Holkham Bay at 14:35 and back at the boathouse, rehoused and refuelled by 15:30.

The inshore lifeboat was launched to assist 1 adult, 3 children and a dog who were cut off by the incoming tide on the marshes opposite the East Quay in Wells. The local group had tried to return across the channel but had given up the attempt due the strength of the flood. They had then called the coastguard on 999 as they were wet and cold and stranded on open marsh towards the end of daylight. The ILB with a crew of three launched outside the boathouse at 16:45 and arrived on-scene at 16:49 where persons and dog were ferried across to Cox's slipway. Local coastguard and police attended but no further assistance was necessary and the group made their way straight back home to get dry and warm. The lifeboat was rehoused and ready again for service by 17:45.

Our congratulations to Philip Eaglen MBE 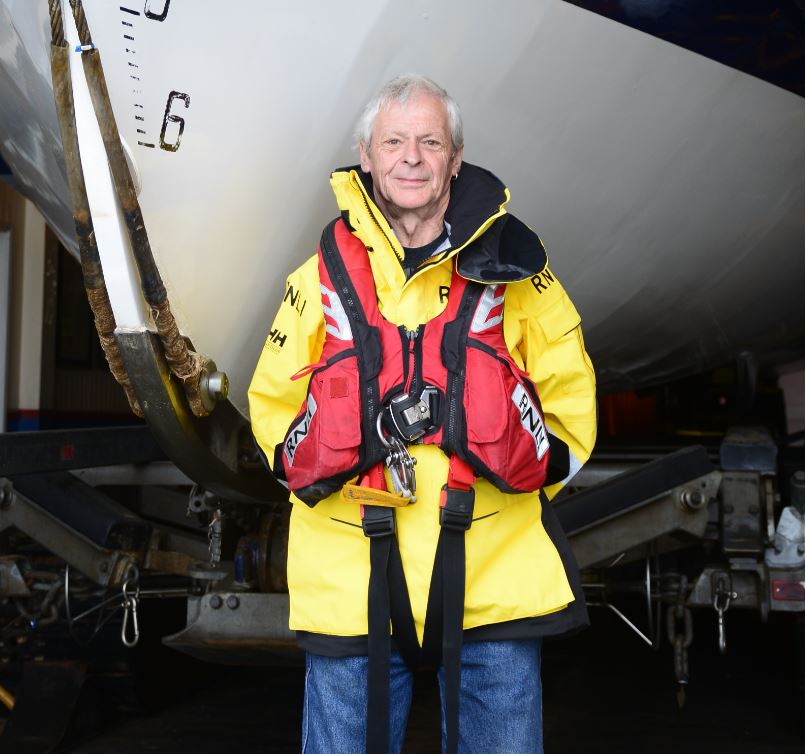 Philip Eaglen made MBE in the New Year's HonoursRNLI

Wells RNLI is proud to congratulate long-serving crew member, tractor driver and mechanic Philip Eaglen who has been awarded with a Member of the Most Excellent Order of the British Empire (MBE) for his services in the 2020 honours list. Phil retired recently after serving the RNLI and Wells lifeboat station for 51 years, in addition to being a volunteer fire fighter for 27 years.

Phil officially joined as shore crew in 1969 although had been around the lifeboat station from the age of 15 helping out on the beach when the lifeboat was required to launch. During his time, he has held a number of roles including Head Tractor Driver, crewman and mechanic on the all-weather lifeboat as well as full-time mechanic at the station, ensuring the lifeboat was always ready to respond when a call came in.

Phil said: “I can't believe it, being honoured for doing what I enjoy. I’m just one of a team of dedicated lifesavers, and have been for more than 50 years. We have a serious job to do but it's very rewarding.”

Five other RNLI volunteers, from Aberystwyth, Cleethorpes, Southend, The Lizard and Weston super-Mare, were also recognised in the New year’s Honours. 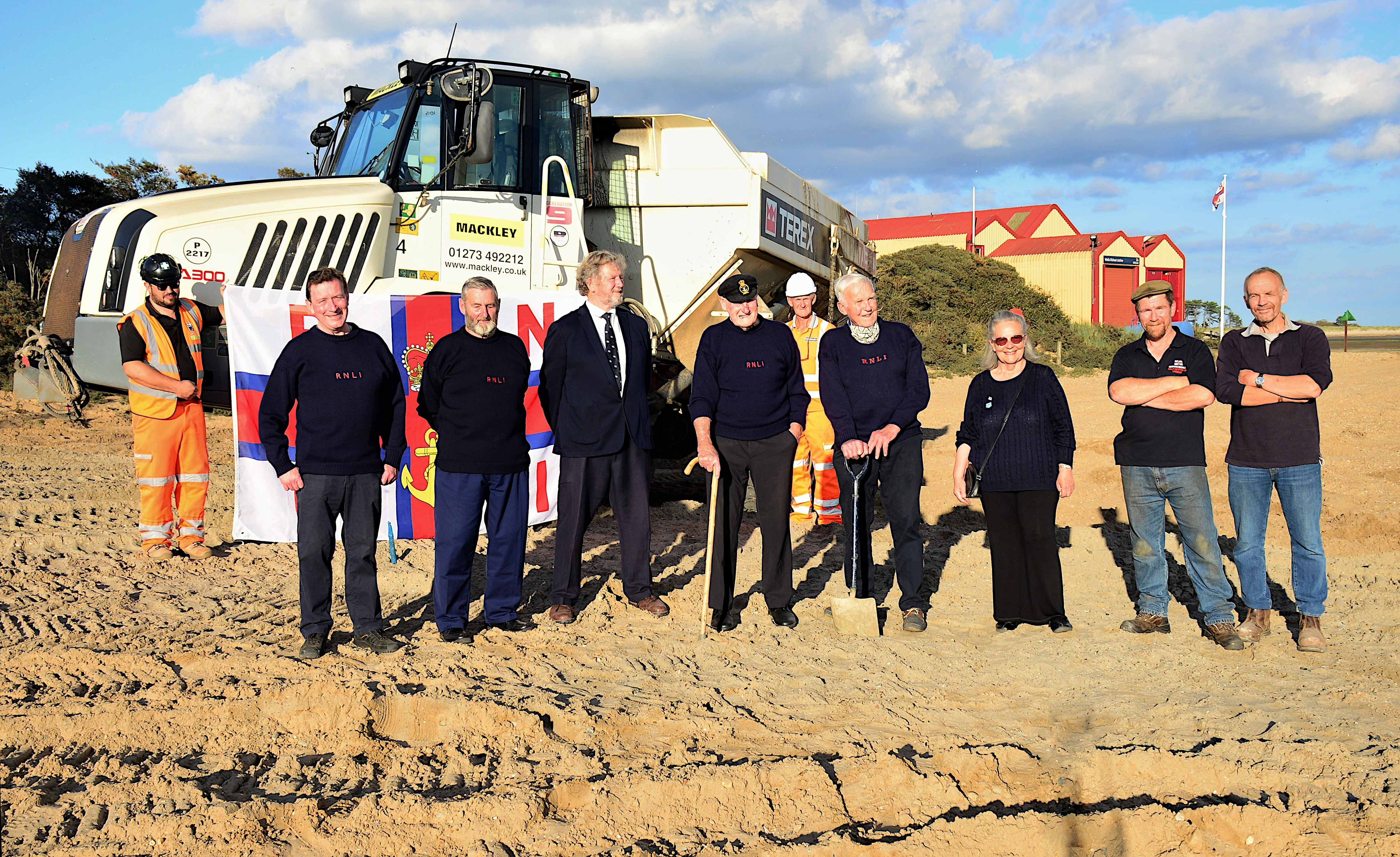 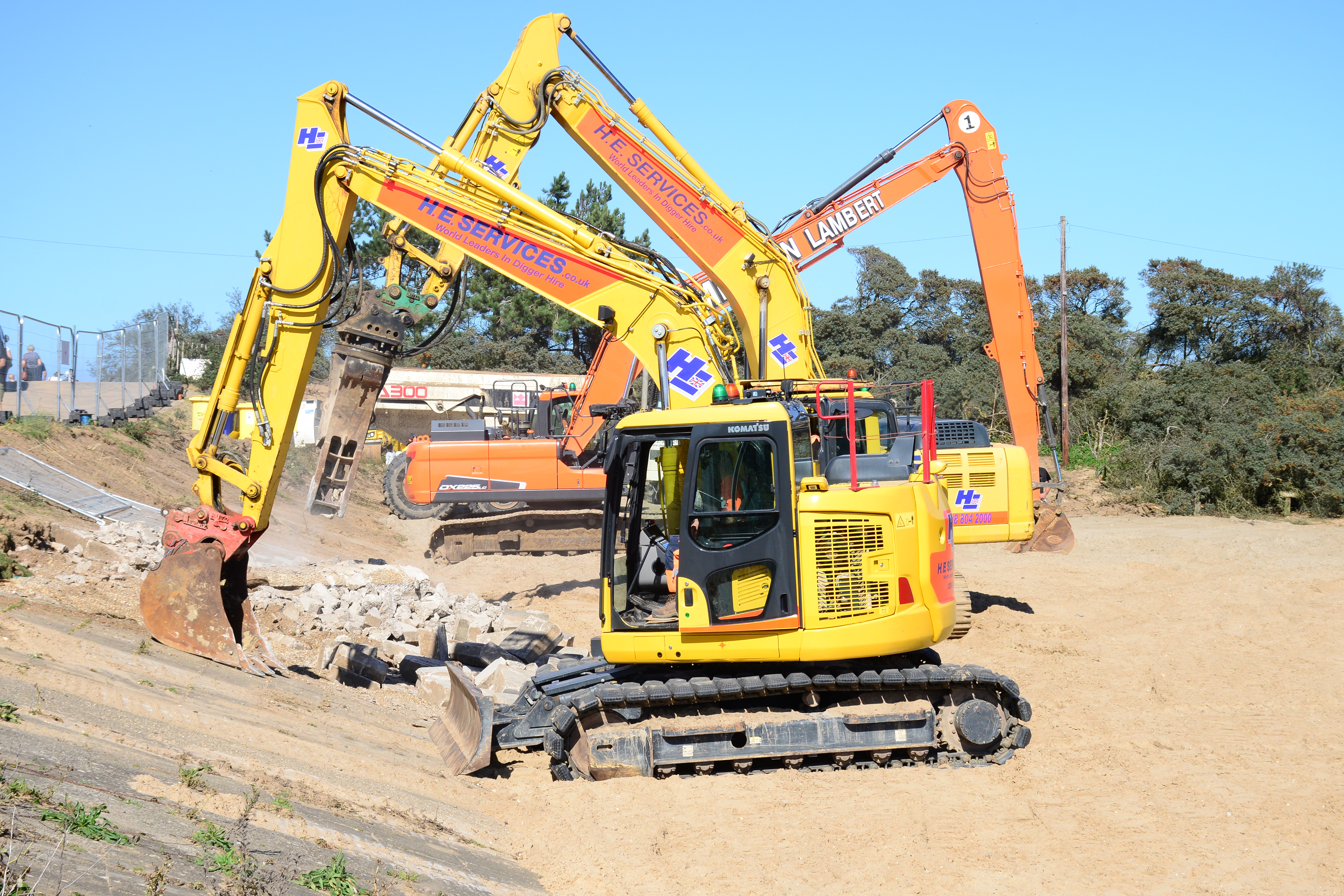 Work has started on building a new lifeboat station for Wells RNLI at Wells next the Sea.

Completion is expected in 2022 and the new Wells Shannon class lifeboat, which was part funded by a successful local campaign in 2014-2015 and part by the Civil Service charity The Lifeboat Fund, will arrive in Wells shortly afterwards.

The new, bigger boathouse is required to house the Shannon class lifeboat which will replace the now 30 year old current Mersey Class lifeboat 12-003 Doris M Mann of Ampthill. With the RNLI's newest, purpose-built Shannon lifeboat, the rescue service provided by the volunteer crew at Wells will be using the best equipment available to make their job safer, faster and more effective. The boathouse will be located beside the beach bank near the Beach Café and the Coastwatch hut and will replace the old boathouse which is more than 125 years old.

The RNLI and Wells Lifeboat Station will be working closely with the contractors, JT Mackley and Reside Construction, the Port of Wells and Holkham Estate to ensure that safe access to the beach and the car park is maintained for members of the public throughout the project. Regular updates will be posted on our website as well as being signposted at the beach car park, the Beach Cafe and Pinewoods. We will be posting images and reports of the progress of the project on a new boathouse build page.

Please get in touch via our contact form or by e-mail if you have any queries relating to the project.

The new building will will take around 18 months to complete with work preparing the foundations and piling for the building and ramp scheduled to take place from September 2020 to May 2021.

The building is required to house our forthcoming new Shannon-class lifeboat which was funded in part with a station appeal for £250,000 in 2014-15 and also by the Civil Service charity The Lifeboat Fund with its 150th Anniversary Appeal. We are hugely grateful to everyone who has donated, fund-raised, helped and supported us both locally and across the UK and even further afield. Your contribution is appreciated and will help to save lives and keep our volunteeer crews safe in the years to come. Read more about the station appeal

Wells lifeboats and the lifeboat crew remain operational and ready to launch if needed during the coronavirus outbreak. New procedures have been adopted during service calls, training and exercises to reduce the risk of transmission of the virus. For example, crews muster outside the boathouse before a service call and only those selected remain on station and boats, equipment and the boathouse are cleaned and sanitised after use.

All public visits to the lifeboat station are cancelled. Please do not enter the boathouse except by prior arrangement.

All our usual public and fund-raising events and activities over the year have also had to be cancelled, including our annual lifeboat service and our open day and open evenings. We're sorry not to be able to meet and chat with you as we usually do and thank you for your support during these difficult times.

Our next scheduled exercise launches are shown below. You are welcome to come and watch the lifeboats launch on the beach at the front of the lifeboat house... but please ensure you keep well to one side and that children are supervised. Exercises may be cancelled or rescheduled at short notice due to operational reasons.

Training exercises are suspended at present due to coronavirus restrictions.

The Royal National Lifeboat Institution (RNLI) is a charity, registered in England and Wales (209603) and Scotland (SC037736). This website is managed and maintained by local volunteers at Wells-next-the-Sea Lifeboat Station and is not the main RNLI site. All text and images copyright (C)2005-2019 RNLI Wells Lifeboat Station, or as indicated, and may not be downloaded, copied or reproduced elsewhere without prior permission of the station or the relevant copyright holder. Site Manager